Founding Father Benjamin Franklin once pointed out that beer is proof God loves us and wants us to be happy. We’re inclined to agree. Could it really have been an accident that an unsung Sumerian somehow left a pot of boiled barley juice on his porch long enough to be “spoiled” by wild yeast, thus producing the first ale?

Back then, ale was sweet, because no one thought to add hops until the ninth century AD. Luckily, because beer was consumed quickly and locally, the joy of carbonation would have been discovered immediately, since beer carbonates naturally through secondary fermentation. Despite the claims of the movie Young Einstein, beerologists split the beer atom early on.

Because of the quick local consumption, no one needed beer labels back then. That it was the beer you’d just made yesterday was pretty obvious. But when saintly Christian monks and others got serious about bottling and selling beer, the original craft beer labels soon followed. The first distracted label-peeling occurred shortly after.

But alas, a mass production got serious, big beer companies began to use el-cheapo, thin paper labels held on with gobs of glue. These labels don’t hold up well under moisture—not even condensation—and even today tend to just fall apart. Mostly, Big Beer doesn’t care because they’ve captured so much of the market that they know someone will drink the beer before the label turns completely to mush. Read more about spielautomat. Besides, until recently, folks were used to only seeing three or four beer labels, and the beers were all pretty much the same anyway: light pilsners with all the body of a weak cup a tea.

Sadly, the flimsiness of Big Beer labels made it almost impossible for label peelers to achieve their holy grail, an untorn label completely peeled from the bottle, leaving it ready to be refilled with more beer after a quick scrub.

This began to change in the 1980s, when smaller crafter brewers started plying their craft in earnest. Some ended up being bought out and suborned by Big Beer. Some went under in a sea of new microbrews. Ah, but many remained afloat, standing proudly ready to provide the whole spectrum of ambrosia that comes of fermenting wheat and barley malt. These craft beers produce batches in hundreds and thousands of bottle at a time, not millions, and they all need short but brilliant runs of their beer labels.

For this, they turned to quality beer label makers, like us. (We don’t just do freezer labels.) We provide top-notch pressure-sensitive labels that go on with ease and will remain on your bottles throughout the rigors of moisture exposure, refrigeration, and transportation. All our labels were originally formulated to handle freezer temperatures and ice, so they shrug off lesser environments with ease.

And to the joy of label-peelers everywhere, it’s much easier to achieve a full-label peel to crown your beer-drinking achievement while out with your friends. Our labels do come off, but they don’t come off until you tell them to—and we don’t use enough glue to put the bottle back together if it shatters, either. After all, quality craft beers don’t just use the best ingredients, the best brewing secrets, and the best craft beer labels possible—they also use excellent bottles!

If you’re looking for great labels for your craft beers, Freezer-Labels.com will be happy to accommodate you. Just use our quote form or call us for the best craft beer label quote of your life. 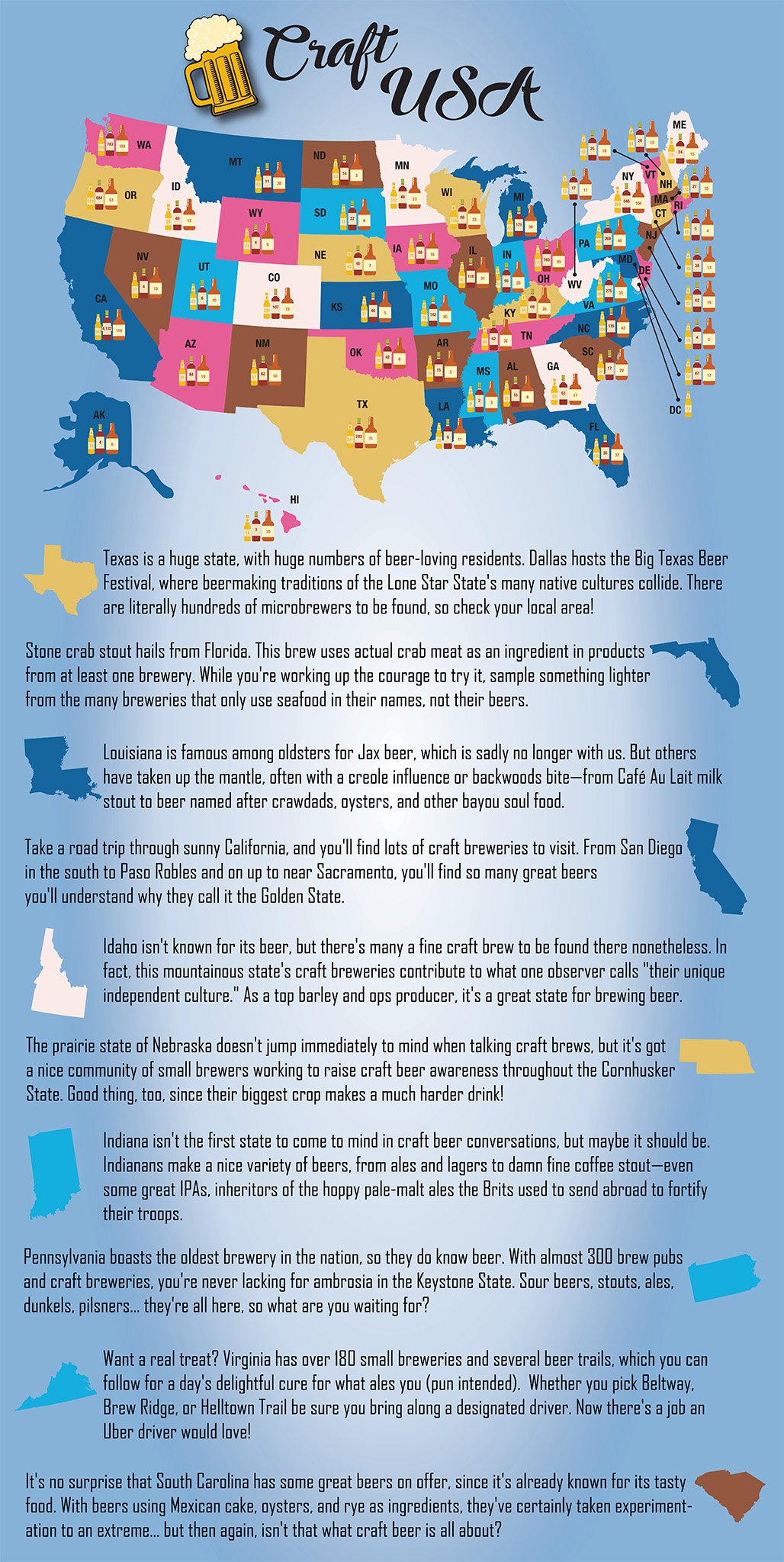